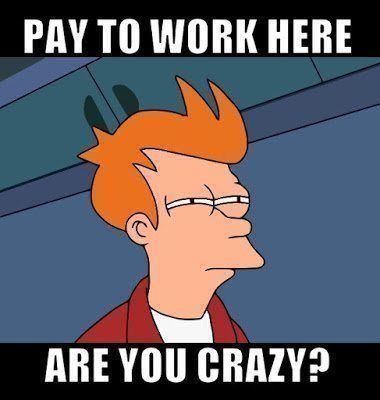 This month, I was approached with an unusual offer.  My mentor and friend had recommended me to a board position at the American Red Cross, so they called me to see if I'd be willing to help out.  I've sat on boards before, that part wasn't that unusual.  I agreed to hear them out.  They had a rather interesting offer that really had me scratching my head.

I'm used to being compensated for my time, and I quickly learned that this was a volunteer board.  Volunteer boards are not that unusual for community organizations, but that means I'll have to really think about it.

I've got 5 kids, a more than full time job, this blog on the side, and serve in director and leadership roles at a few other organizations.  To say my time is in demand is a bit of an understatement at the moment.  If I make enough money doing something like this, it's a little easier to justify, but even then it can be a stretch.  Do I really want to add something else?

I decided that considering the mission of the organization, I'd at least seriously consider it.  That's when they dropped a bombshell.  Not only do they want me to volunteer my time as a board member, but to demonstrate my commitment to the organization, they also require board members to donate a minimum of $1,000 a year!

Wow!  So what you're telling me is that not only will I not get paid for this position, but I will actually need to pay you to work for you?  Let me think about that one…um no?!

The funny thing was, the more I thought about it, the more I realized that I was considering being a part of the board for the wrong reasons.

I was not looking at the position because I truly believed in the mission which is “The American Red Cross prevents and alleviates human suffering in the face of emergencies by mobilizing the power of volunteers and the generosity of donors.​”

I was looking at this as another potential source of income, with the side benefit of helping out some other people and building some relationships.  That was the wrong way to look at it, my priorities were flipped.

I attended the local chapter annual meeting, and realized that these people are truly dedicated to the mission.  The vast majority of people present were volunteers, who not only volunteered their time, but also their money so that others could be helped in times of crisis.  I realized that this is a worthy cause, one that I could really get behind. 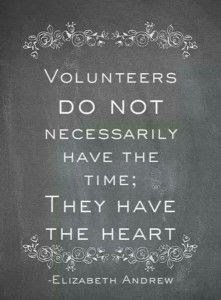 A quote that really hit home for me was “Volunteers do not necessarily have the time; they just have the heart.” – Elizabeth Andrew.

This group that was sitting around me represented that ideal well.  They were all busy people, yet had decided to take some of their precious time to help their brothers in time of need.  This was something I wanted to be a part of.

In the end, I decided to get behind this organization, and live the mission of mobilizing other volunteers and finding other donors who are willing to help alleviate the suffering of others.  I'll volunteer and give freely with my own limited time and resources.

How about you?  Would you not only work for free, but also contribute financially to the organization?  If you're interested, check them out at American Red Cross and sign up under the volunteer tab today!

How Your Business Can Adapt and Succeed Through COVID-19

Don Smith is a business coach with decades of experience. Happily married with five children, he lives in Springfield, Illinois. To work with Don, please click here.