The Solution Has Nothing to Do with the Problem

Sometimes the solution has nothing to do with the problem.

Sounds pretty zen and all, but what does all this even mean?

The Problem Is Not Really the Problem

Let’s suppose we have a friend who has been putting on weight every year for the last decade or more.

She snacks constantly at her desk job. She hits the drive-thru every single day. And she knocks down a quart of ice cream every night while watching TV.

She hates being overweight. And she hates not having a social life.

She’s tried a dozen different diets, but none of them worked. She never lost weight. Or if she did lose a little, she gained it all back within a few days or weeks – along with a few pounds more.

If you ask her what the problem is, she replies, “I eat too much junk.”

And if you ask her what the solution is, she replies, “I need to eat less junk food and more healthy food and probably just eat fewer calories overall.”

On the surface, it might appear that the problem is poor diet and lack of exercise. So she might try a new diet or join a gym in order to solve the problem. But that rarely does the trick in the long run.

The Real Problem Hides Beneath the Surface

The real problem is that her dad left her and her mom when she was very young. And both she and her mom never connected very well after he left. Her mom even blamed it all on her and turned to food and booze for comfort. And at a young age, this little girl also blamed herself. Today, she rarely speaks to her mom and hasn’t seen her in years.

In high school, she was teased and bullied by the mean girls because she never had a boyfriend during all those years and didn’t feel pretty enough. Since then, she’s had a hard time making friends with other girls, especially the “pretty” ones who have an active dating life.

Then in college, she had three boyfriends, but all of them treated her poorly and made her feel like a failure – like she was worthless, ugly, and stupid.

Now it’s been over 10 years since she’s been in a relationship, and she reminds herself every night that she’ll never find true love because who wants to date someone who’s worthless, ugly, and stupid like her anyway?

She also started a new job last year. It doesn't pay much, but it's the best job she could get. Her boss is a jerk. She's always afraid she'll be fired for doing something wrong. She doesn't know any of her coworkers, and she never attends company functions.

Everything in Life Is Connected

In modern society, we often carve up our lives into neat little boxes.

We have a box for health and fitness.

And we have a box for personal finances.

And then we have one for career and another for family.

There are some other boxes too, but you get the idea.

So when we look into one of our boxes and don’t like the results that we see, we tend to think that both the problem and the solution lie within that one box.

But this isn’t always the case.

In fact, compartmentalizing our lives like this often prevents us from recognizing the true roots of our problems.

In reality, everything in our lives is connected.

Problems that occur in one aspect of life often spill over and affect many other areas of life.

So What Is the Solution?

In the short term, self-discipline can be a helpful, though temporary, solution.

If our hypothetical friend can give herself the command to follow that diet – and then actually follow it consistently – then she will indeed lose weight. And if she can make some other lifestyle changes to reinforce her new eating habits, then she can lock in that weight loss for more than just a few days or weeks.

But if she does not address the deeper issues in her life that triggered those unhealthy eating habits in the first place, then those painful problems that shaped her past will find new ways to express themselves. Then she will likely find new ways to self-medicate again – if not with food and self-isolation, then possibly with alcohol, drugs, abusive relationships or some other self-destructive behaviors.

She needs to dig beneath the surface to match the correct solutions to the correct problems.

That might mean making the attempt to heal past relationships.

It might mean erasing the negative self-talk and beliefs that have caused her to see herself as worthless, ugly and stupid.

It will require intentionally disconnecting emotionally from past experiences, accepting them and then letting them go so that they cannot weigh her down any longer.

It will definitely mean replacing her negative self-image with a more positive one.

It will mean choosing to embrace happiness on her own terms, independently of her outward circumstances.

And she will need to learn how to begin new relationships with confidence, security and peace of mind.

With those underlying insecurities and fears resolved – and with emotional healing taking place – she will then be in a better position to deal permanently with outward lifestyle choices like diet and exercise.

What do you think? 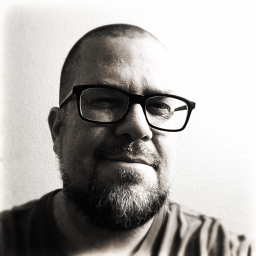 Use the links below to navigate our picks for the best personal development books for each of the following topics. FinancesBusiness Relationships END_OF_DOCUMENT_TOKEN_TO_BE_REPLACED

Me and my wife enjoy seeing live stand up comedians perform in the NYC/NJ area. One of my thrills was seeing iconic END_OF_DOCUMENT_TOKEN_TO_BE_REPLACED

I am guessing that most people reading this have a good supply of books. And that every new personal development book that END_OF_DOCUMENT_TOKEN_TO_BE_REPLACED

What makes you think you are right? Have you ever gotten into an argument with a person who believes they are always END_OF_DOCUMENT_TOKEN_TO_BE_REPLACED

What do you consider to be a failure? And do you know how to deal with failures? For me, failure is directly END_OF_DOCUMENT_TOKEN_TO_BE_REPLACED

In Soccer or Life, Take Your Shot!

I'm still an avid soccer player, although I'm well past my prime. One difference that has become obvious to me over the END_OF_DOCUMENT_TOKEN_TO_BE_REPLACED

Read More
In Soccer or Life, Take Your Shot!

How Often Do You Clearly Hear Your Intuition?

I drove for 8 hours from North Carolina to Pennsylvania yesterday. An 18-wheeler drove by during a portion of our trip in END_OF_DOCUMENT_TOKEN_TO_BE_REPLACED

Read More
How Often Do You Clearly Hear Your Intuition?

How Did You Unwind Today?

Read More
How Did You Unwind Today?

A little while into the first meeting between Warren Buffett and Bill Gates, Warren pulled out his little black datebook and started END_OF_DOCUMENT_TOKEN_TO_BE_REPLACED

You've probably heard the advice go after your passion in life, do what you enjoy doing, and the money will follow. That END_OF_DOCUMENT_TOKEN_TO_BE_REPLACED

What Is the Absolute Best Thing that Can Happen?

You and I have learned the platitude when exploring a new idea: “What is the worst thing that can happen?' Ego chooses END_OF_DOCUMENT_TOKEN_TO_BE_REPLACED

Read More
What Is the Absolute Best Thing that Can Happen?
Load More