Why is Common Sense Uncommon?

How many times have you thought that what you know is “common sense,” and anyone who doesn't see it your way doesn't have it?

Before you judge anyone based on a lack of “common sense,” realize that every person you meet has a different set of experiences and training. There are things that you might be able to teach them that you feel is “common knowledge,” but just as likely, there are things they could teach you.

Keep in mind that just because a large number of people believe something, making it “common,” doesn't make it true. Bloodletting (removing blood from a patient) was used for thousands of years to treat various illnesses and was even used on President George Washington and may have contributed to his death. Today it is well established that it is not an effective treatment for the vast majority of diseases, and is, in fact, harmful. But if you were a physician just a few hundred years ago, it would have been common practice.

One thing that getting exposure to an international audience has shown me is that many people have never learned things that seem like common sense to me. It's not that they aren't smart people, it's just that no one ever explained it to them, or they may see things differently. Cultures are quite different in various parts of the world as well, so what seems normal in one place would seem very out of place in another.

For example, did you know that it is common in various parts of the world for a man to have multiple wives (polygyny), or even for a woman to have multiple husbands (polyandry)? Common sense would dictate that it isn't a good idea to do that, right? It is so taboo that it is illegal in the USA, but try telling that to someone raised in that culture. In those areas, they may believe that our cultural norms are strange and go against common sense.

I was reading an article about how students are graduating high school with no knowledge of taxes, budgeting, investment strategies, how to cook, or many other everyday things that will allow them to survive in the real world. Does it make those students any less intelligent because no one ever taught them those things?

Many would not have considered that moving to an upscale neighborhood has a much more profound effect on their expenses than the cost of the house. Increased taxes, higher utility bills for a larger home, and feeling the need to buy beautiful things to not look out of place in the neighborhood will all add to their expenses. It's common sense to me, but to many, it would be a revelation, because no one ever taught them that.

It's common sense to many that the amount of money you have is not directly proportional to the amount of time you spend working, but to others that is a strange idea.

I could jump into a discussion with someone about investments and start talking about P/E, EBITDA, ROE, ROI, ladders, risk tolerance, or P/B. Or I could begin spitting out terms like MAC addresses, P25 integration, ANI/ALI, CAMA trunks, SPAN ports, VoIP, or RoIP. Or speak about SMART goals, critical paths, top-down, or bottom-up design.

Those are all quite common terms for me, used so frequently that they are almost common sense. Yet to think that someone is not intelligent because they work in a different industry and don't know them would be a massive leap.

Next time you start to judge someone for lack of common sense or for not knowing something you think is common knowledge, take a step back and realize that they have different experiences than you. What is common knowledge for you might be quite uncommon to the next person, but that alone doesn't make them any less intelligent.

Of course, there are people who will never get “it.” You know who I'm talking about, the crazies who like to push the boundaries, who don't conform to societal norms, those who come up with their own ideas rather than repeating what everyone else is saying. Common sense dictates that it's best to just steer clear of them. Maybe that's why people avoid me sometimes :). 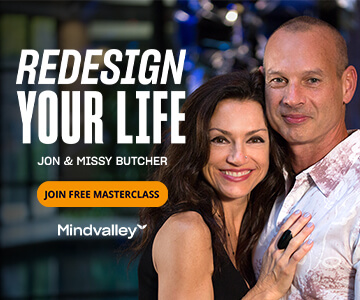 We all have moments in our lives that we are not proud of, points END_OF_DOCUMENT_TOKEN_TO_BE_REPLACED

10 TED Talks to Improve Your Life

By now, you have probably heard of TED Talks. TED was founded back in END_OF_DOCUMENT_TOKEN_TO_BE_REPLACED

Do You Treat Truth Seeking as a Passing Fad or Life Pursuit?

“Truth is for earnest seekers, not for those of idle curiosity.” ~ Babaji Re-read END_OF_DOCUMENT_TOKEN_TO_BE_REPLACED

You Don’t Have to Figure It All Out Today

The other day, I grilled a young man who joined our personal development community END_OF_DOCUMENT_TOKEN_TO_BE_REPLACED