Success Starts Long Before Anyone Else Notices

“Why should I continue going to the gym and eating healthy? It doesn't matter what I do I can't lose weight or build any muscle. I mean it's been a month and I've only lost a few pounds and am only lifting a few pounds more than when I started.”

“Why should I continue budgeting? I can't ever get ahead. I mean it's been months, I'm still living paycheck to paycheck, and my debt hasn't gone down that much.”

“Why should I continue blogging? No one even reads what I write. I mean it's been months, and I only have a handful more visitors than when I started.”

Have you ever caught yourself asking, “Why should I continue?” because it seems like nothing is happening? Let me tell you a little story about two young boys, Ned and Jed.

Ned and Jed: The Keys to Success

Once upon a time, there lived two young boys, Ned and Jed. These two strapping young lads were part of a nomadic tribe, following the herds and hunting for each meal. Winters were cold and bitter, and many of the tribe did not make it through the winter each year.

One day in the fall when Jed was out hunting, he got hopelessly lost. As he was wandering, he came across a field like none he had ever seen before. Trees loaded with apples, peaches, pears, and more were on one side of the field. Lines of berries and many other things he had never seen before stretched out before him. A beautiful little cottage perched on the side of the field with smoke lazily curling up from the top. Just then, an old man stepped out of the cottage. Spotting Jed, he waved him over.

Jed cautiously made his way up to the cottage. “Hi, I'm Jed. Who are you and what is this place?”, he asked. The old man smiled and said, “I'm Jack, good to meet you. Welcome to my farm.”

Jed had never seen a farm before and had lots of questions. Entering the cottage, he was amazed to see food everywhere, more food than he had ever seen in his life! The two sat down for a delicious meal, and talked long into the night, sharing stories. The next day, Jed reluctantly turned to go. Jack handed Jed a book and a small bag and said, “Contained in this book is the knowledge I've gained over the years which has allowed me to create this paradise. I'm getting older now and have everything I need, so I'd like to pass this along to you. Follow the instructions exactly and you will never want for food again.”

Jed nodded, thanked Jack, and headed back into the wilderness to try and find home again. Eventually, Jed caught back up to his tribe and told Ned about all that he had seen. Ned smiled and nodded politely, Jed being well known for his tall tales.

The next spring, Jed dug up the ground in a series of long rows and planted the seeds that were in the bag just like the book that Jack had given him said. Ned asked, “Why are you wasting your time playing in the dirt when the fishing is great?” Jed just smiled remembering the lush fields he had seen and continued working, he knew this would work.

Discipline is Required to Succeed

Day after day Jed carried water from the nearby stream just like the book said and poured it on the dirt, yet nothing seemed to happen. He began to believe that the old man had been pulling his leg like Ned said, but he kept doing it. Some new growth appeared, but it looked nothing like the lush fields that he had seen, it looked more like weeds. Obviously, he wasn't doing this right or the old man had simply been pulling his leg. Ned kept heckling him, and he grew more and more discouraged.

One day, Jed simply gave up and went back to hunting. “Why should I continue when this obviously isn't working?”, he thought. This was a lot of work, he was getting hungry, and he was pretty sure at this point that the old man had lied to him although he wasn't quite sure why. Weeds overtook the new growth, and life went back to normal. Jed wondered how Jack had really done it but was never able to find the farm again to ask him.

Do You Sabotage Your Own Success?

What, did that not turn out quite like you expected? Isn't that like real life though? How many times do we stop doing what successful people do long before we see the results we expect? Why do we convince ourselves that what we are doing isn't working even as we see tiny hints of success starting to emerge like losing a pound last week when we are trying to lose weight?

Next time you're tempted to give up, stop and remember this little story. Don't stop tending your garden. Don't stop doing the things you know you need to do in order to succeed simply because you aren't seeing the long-term results you desire in a short amount of time. Great things are waiting for you, keep going!

Many have left maps to success in the form of books and articles over the years as they get older and are ready to give back. That's what this site and our personal development book club are all about, learning from each other and giving back to the next generation. Join us by clicking here! 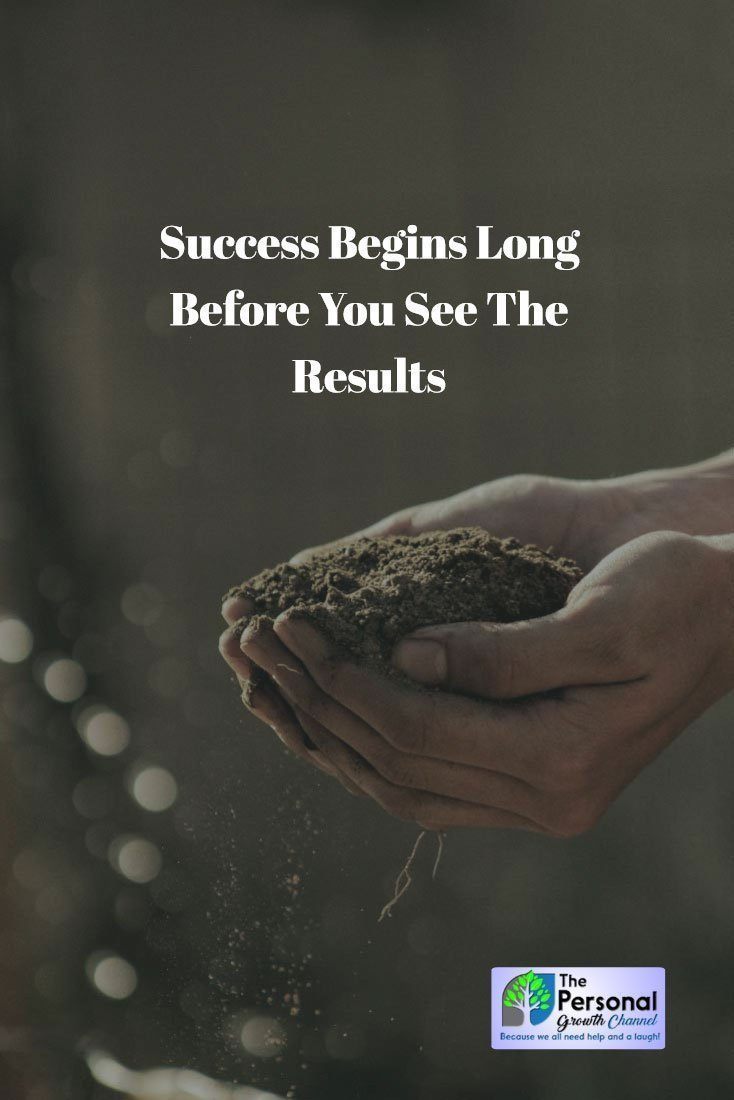 The Personal Growth Channel founder, Don Smith also runs a technology company, has served on the board of directors for multiple companies, and enjoys seeing people achieve their goals. Happily married with five children, he lives in Springfield, Illinois.

Invest in Yourself: How to Generate Insane Returns

Warren Buffett, one of the richest men in the world and considered by many END_OF_DOCUMENT_TOKEN_TO_BE_REPLACED

Why Does Moving On Benefit You?

How many times has someone told you to move on? People offer this advice END_OF_DOCUMENT_TOKEN_TO_BE_REPLACED

Imagine if you engineer your entire life to be comfortable. Work an easy job. END_OF_DOCUMENT_TOKEN_TO_BE_REPLACED

All my life I've lived by the mantra that the harder you work, the END_OF_DOCUMENT_TOKEN_TO_BE_REPLACED